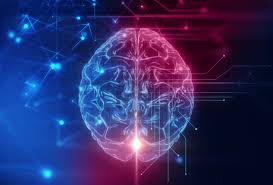 The Philosophy Department actively encourages Psychology students to complete a major or minor in Philosophy. Many of the following courses have interdisciplinary units of instruction that explore the connections between Philosophy and Psychology:

Students who take our “History” courses; e.g. Early Modern, 18th-Century, 19th-Century, and Existentialism, will examine the philosophical foundations of the competing “schools of thought” in Psychology. Traditional philosophical debates among philosophers provide many of the basic concepts that guide contemporary work in psychoanalysis, cognitive psychology, learning theory, narrative psychology, behaviorism, developmental psychology, social psychology, and cross-cultural psychology. By engaging in interdisciplinary studies, psychology students will acquire the ability to identify and reflect upon the conceptual issues that arise within and among the competing schools of thought in psychology. Students who take courses such as Theories of Knowledge and Metaphysics and Mind will examine basic issues about what the “mind” or “psyche” is, how it works, and how one might study it. Courses in Ethics and applied Ethics allow students pursuing a career in psychology to study the moral, ethical, and political questions that arise within psychological practice and research.

By taking philosophy courses, psychology students will encounter questions such as the following: